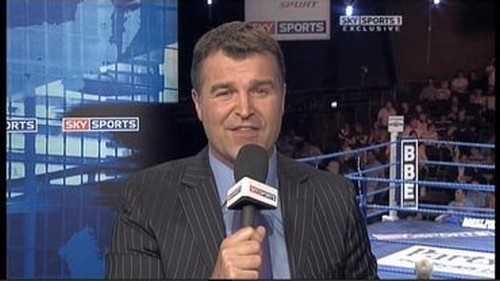 Writing in the Daily Mail, Dave said: “We were mid-interview, in front of a crowd of 3,000 and a TV audience of 1.5 million, when, without warning, my right hand – which was holding the microphone – began to shake uncontrollably.

“This was a live broadcast for Sky Sports, and I was talking to darts player Phil Taylor, who’d won his 16th World Darts Championship.

“Up to that point, the interview had gone well, but now all I could feel was panic. After two years of trying to cover the traces and keep it secret, I was about to be ‘outed’ as someone who had Parkinson’s.

“Suddenly, that huge auditorium felt frighteningly small. My overwhelming instinct was to run. Instead, I switched the microphone to my left hand and tucked the shaking right hand under my left armpit to keep it still.”

Dave goes on to explain how his Dad, Alan, also had Parkinson’s for seven years before taking his own life when Dave was just 17.

He added: “The reason for the suicide was the depression that descended on him as this dreadful illness took hold. Parkinson’s leads to a death of the brain cells that make dopamine, which acts like sunshine on your mood. As dopamine levels drop, so does your mood; that’s why 40 per cent of people with Parkinson’s get depressed.”

Dave says he was diagnosed with Parkinson’s on January 25, 2011 after he finished presenting more than 100 hours of live darts coverage over a 15 day period. “Looking back, there had been plenty of signs. For the past four years my hand had gradually felt stiffer and I was unable to write as quickly.”

Dave joined Sky Sports in 1998 and was one of the first presenters on the network’s News Channel – Sky Sports News.

He joined from Capital Radio where he spend nine years as a member of Capital Gold’s Sony award-winning football team. Dave also covered both the 1992 Barcelona and 1996 Atlanta Olympic Games and Euro ’96 for the radio station.

Dave concludes his article by saying: “I’m not going to curl up in a ball. Parkinson’s is emphatically not a death sentence and I’m feeling positive about the future. I’m up for the fight and, if I can, I want to make a difference.”