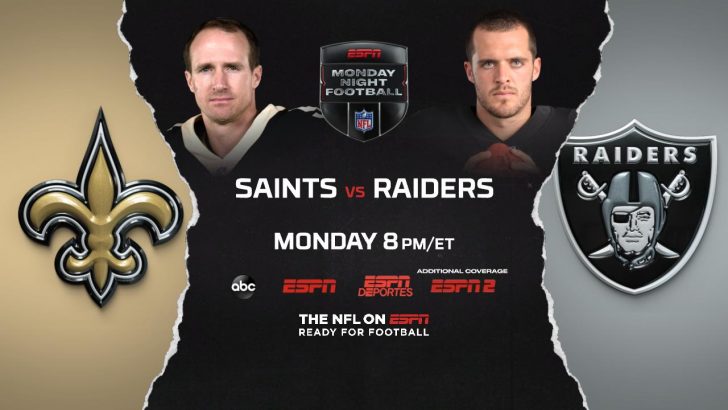 Today marks the 50th anniversary of the first ever NFL Monday Night Football.

The New York Jets and Cleveland Browns played in the inaugural MNF game on September 21, 1970, and televised on ABC.

To celebrate, tonight’s game between the Saints and the Raiders will be simulcast live on ABC with Spanish-Language on ESPN Deportes.

ESPN2 will air a special programme with an array of guest. Rece Davis will host live from ESPN’s studios in Bristol, CT., while Kirk Herbstreit, comes live from his home in Nashville, Tenn., in a virtual atmosphere.

The duo will host a free-flowing conversation with various guests, from a wide spectrum of backgrounds, who will drop in and out throughout the game.

Steve Levy, Brian Griese, Louis Riddick, Lisa Salters and John Parry will call the action on ESPN and ABC, the first nationally televised MNF game on the broadcast network since 2005.

Tonight will also be the Raiders’ first game in their new city, Las Vegas, and the debut of Allegiant Stadium.

The Killers perform at halftime from the Caesars Palace rooftop, which will be shown on ABC, ESPN and ESPN2.

For NFL fans in the UK, the Monday Night Football will be shown live on Sky Sports NFL and Channel 5 from 1am.