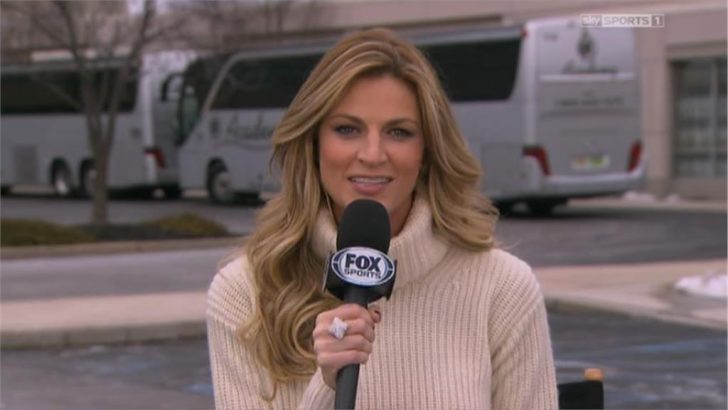 Erin Andrews, who was secretly recorded by a stalker while naked in a hotel room has been awarded $55m (£38m) by a jury.

The NFL sideline reporter for Fox Sports filed a lawsuit against the man who filmed her, Michael David Barrett, as well as the two companies which owned the hotel where the harassment took place in 2008.

She told the trial in Tennessee that she was left humiliated and depressed when the video was uploaded online, where it continues to be viewed by millions of people. After deliberating for a full day, a jury decided Barrett was responsible for 51% of the blame and the compensation, while the hotel firms should share the rest.

Barrett said he uploaded the footage online after TMZ refused to purchase it.

In a statement following the trial, Erin thanked the jury, her family and her legal team, adding:

“I’ve been honoured by all the support from victims around the world. Their outreach has helped me be able to stand up and hold accountable those whose job it is to protect everyone’s safety, security and privacy.”