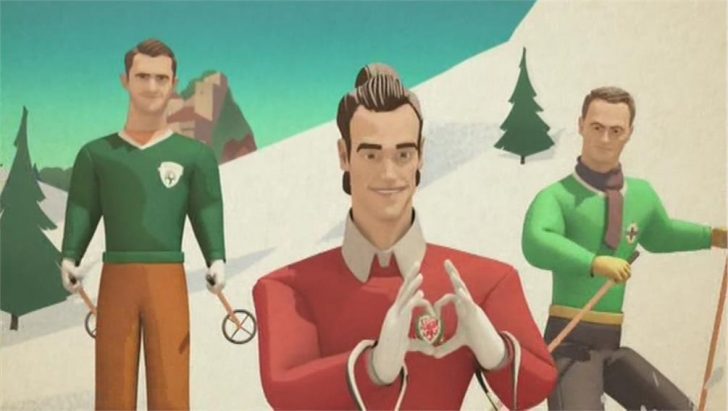 Wales take on Portugal in the semi-finals of Euro 2016 this evening!

The match, which takes place at the Stade de Lyon, will be shown live on ITV and ITV HD.

Chris Coleman’s Wales have had an inspirational tournament so far, and will be hoping to maintain their terrific form and reach the showpiece game on Sunday.

However, they will have to do it without arguably their best player so far, Aaron Ramsey, who is suspended along with Ben Davies.

Portugal are yet to win a game outright at this tournament, having drawn all three of their group matches against Iceland, Austria and Hungary, before having to rely on penalties to overcome Switzerland and Poland in the knockout stage.

Coverage starts at 7.15pm on ITV and ITV HD, where Mark Pougatch is joined in the studio by Ryan Giggs, Craig Bellamy, Roy Keane and Lee Dixon.

The second semi-final takes place on Thursday evening, live on BBC, where France host Germany at the Stade Velodrome in Marseille. Coverage starts at 7.30pm on BBC One.