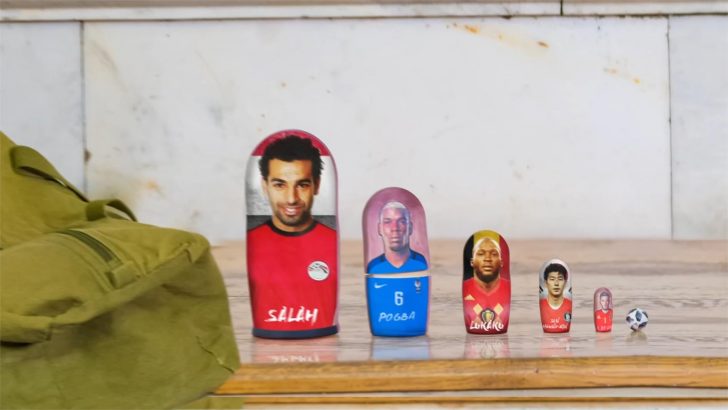 The second day of World Cup 2018 takes place today as Egypt face Uruguay in a Group A fixture at the Ekaterinburg Arena.

This is only Egypt’s third appearance at the World Cup and their first since 1990, when they failed to make it out of the group stage having faced England and the Republic of Ireland.

They sealed their place in this tournament when Liverpool’s Mohamed Salah scored a 95th-minute penalty to help beat Congo and finish top of their qualifying group.

In this match they face two-time winners and 2010 semi-finalists Uruguay, who are one of only eight teams to win the tournament since its inception in 1930, as well as being the smallest country in terms of population to have ever won the World Cup.

Oscar Tabarez’s side finished second behind Brazil in their qualifying group to reach their 13th finals and third in a row.

Gary Lineker will be live on BBC One and BBC One HD from 12.30pm, where he’ll be joined in the studio by Jermaine Jenas, Matthew Upson and Phil Neville.

The BBC will broadcast Croatia’s clash with Czech Republic this afternoon. The Group D fixture takes place at Hampden Park. Both Gareth Southgate and Steve Clarke will be keeping a close eye on this game, as the result here could… Read more

Sweden faces Slovakia in Euro 2020 this afternoon. This Group E game comes from the Saint Petersburg Stadium in Russia. These countries have only previously played each other five times, and this is their first meeting at a major tournament… Read more