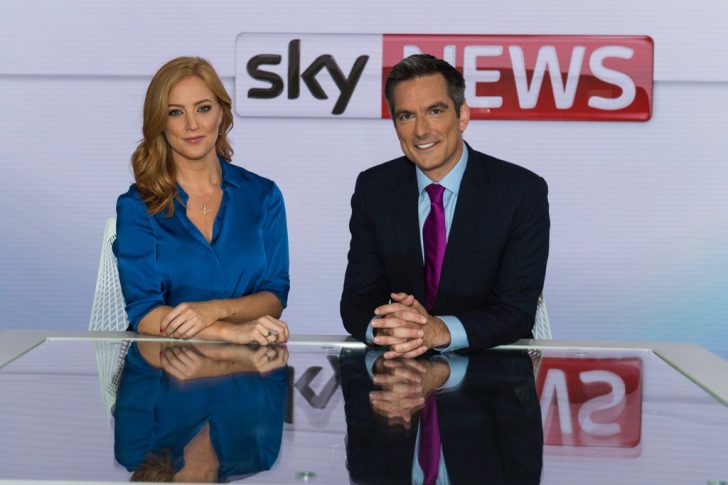 Sky News has today announced that Sarah-Jane Mee is to become the new host of Sky News Sunrise, taking over from Eamonn Holmes.

Jonathan Samuels, senior correspondent for Sky News, has been appointed Sarah-Jane’s co-host. They will be joined by sports presenter, Jacquie Beltrao and weather presenters, Isobel Lang and Nazaneen Ghaffar.

Sarah-Jane and the team will be presenting from a new glass studio in Sky’s recently opened contemporary workspace, Sky Central, from late October bringing a new look and feel to the programme.

“I’m so excited about returning to the Sunrise hotseat; taking over from Eamonn is a real honour and I feel privileged that I will be starting the day with Sunrise viewers around the UK and beyond,” said Sarah-Jane.

“Live news is always such a thrill, you never know where the morning will take you and I looking forward to finding out.”

Sarah-Jane began her career at Sky, starting as a runner for Sky Sports before moving to ITV to become a sports reporter and presenter in the Midlands. There she hosted sports shows Central Soccer Night, Hancock’s Half Time and Pulling Power. After co-hosting the breakfast show on Heart FM in the Midlands she returned to Sky in 2008.

She has been working for Sky News and Sky Sports ever since including fronting Saturday Night Football and Cricket AM on Sky Sports and regularly presenting across the Sky News schedule including a stint as lead presenter on Sunrise earlier this year. She has broken major news stories live on air including the death of Margaret Thatcher and the Brussels terrorist attacks.

John Ryley, Head of Sky News, added: “I am delighted that Sarah-Jane is to anchor Sunrise. She’s enjoying a stellar career here at Sky and will bring a fresh outlook to Sunrise, combining a lightness of touch with sharp journalistic nous; I know she will excel in her new role.”

Sarah-Jane and Jonathan will be on air from Monday 17th October. Stephen Dixon will continue to host Sunrise Friday through to Sunday alongside co-host Isabel Webster.

Former Sky News presenter Isabel Webster is joining GB News to co-host a weekly news review programme. “GB News is an exciting new voice in the media landscape at what feels like a historic moment for our country,” said Isabel…. Read more

Kay Burley will return to Sky News this Monday (7th June) after serving a 6 month suspension. “See you on Monday. Hope you’re as happy as I am to be back,” Kay said. Kay – who joined Sky in 1988… Read more