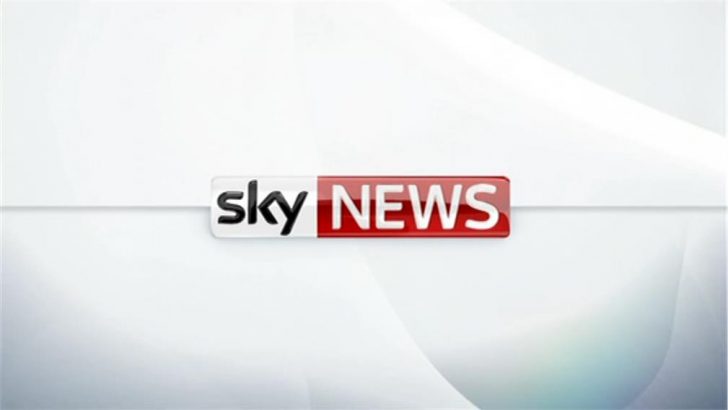 Sky News has unveil a new schedule with new programmes and new presenters.

As announced last week, Sarah-Jane Mee and Jonathan Samuels will present a new look Sunrise from 17 October 2016. The show will be extended to 10am before Adam Boulton hosts an hour of ‘All Out Politics,’ investigating what it means for the UK to leave the EU as well as the political turmoil it has caused.

Colin Brazier and Jayne Secker will continue to present their lunchtime show from 11am until 3pm bringing viewers the latest breaking news, analysis and debate.

Kay Burley will move to later in the schedule and will be on air from 3pm extending her afternoon show to 6.30pm to incorporate the early evening news. Sarah Hewson will take on the afternoon show on Fridays, as well as hosting across the schedule during major stories when presenters are on location or away.

From 6.30pm to 7pm, Ian King will continue to present ‘Ian King Tonight’ helping to shed light on the implications of the big business stories of the day, as well as offering incisive interviews with business leaders and analysts.

Dermot Murnaghan will take over the helm at ‘Sky News Tonight,’ presenting a two hour evening programme at 7pm from Sky’s Westminster studio. The show will include rigorous interviews and showcase Sky’s specialist reporting team including exclusive reports and in depth analysis.

Anna Botting will remain the lead presenter on the evening programme from 9pm until midnight. She will continue to take a look at the next day’s papers with a range of guests, giving viewers a preview of tomorrow’s leading stories.

The Sky News weekend schedule has also been re-launched. Stephen Dixon will be joined by new co-host Isabel Webster on Sunrise from 6am until 10am on Fridays, Saturdays and Sundays.

Niall Paterson will host from 10am until 2pm on Saturday, and 2pm until 5pm on Sunday.

Sophy Ridge will become a permanent presenter with a 2pm to 5pm show on Saturday and a noon until 2pm show on Sunday. She will also host Sky News Tonight on Fridays in place of Dermot Murnaghan.

Gillian Joseph will host a new programme on both Saturday and Sunday afternoons from 5pm until 8pm.

Anna Jones will continue as anchor for Sky News in the evenings from 8pm until midnight Friday through to Sunday.

Kimberley Leonard will also remain hosting Sky News from midnight until 6am bringing viewers news from around the world.

The new schedule will be fully in place by the end of October.