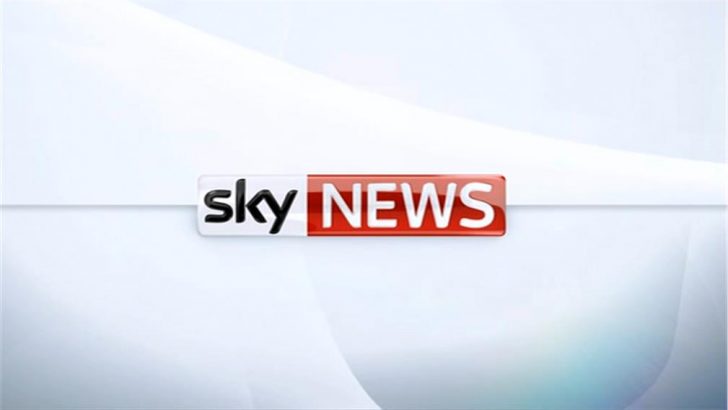 Adam Boulton and Sophy Ridge will co-host Sky News’ Vote 2017 programme, with Adam at the election hub at Sky’s studios in Osterley crunching the latest results, and Sophy on Abingdon Green in Westminster watching the story unfold.

Kay Burley will be with Theresa May at her Maidenhead constituency, Colin Brazier will be in North London following Jeremy Corbyn, Anna Botting in the Lake District with leader of the Liberal Democrats, Tim Farron, Niall Paterson in Glasgow with the SNP, Gillian Joseph with UKIP and Paul Kelso will be with the Green Party in Brighton.

Sky News’ election expert, Michael Thrasher, will be analysing all the results as they come in.

Dermot Murnaghan will lead Sky’s covering the following day as the story continues to develop from Westminster.

The election campaign coverage will see the Sky News political team on the road with the party leaders. Beth Rigby and Robert Nisbet are with the Conservatives, Jason Farrell and Tamara Cohen with the Labour party, Darren McCaffrey and Siobhan Robbins with the Liberal Democrats, Tom Rayner is following the UKIP campaign and James Matthews and Ian Woods are with the Scottish National Party.

Sky News regional correspondents – David Blevins in Northern Ireland, Gerard Tubb in the North East, Becky Johnson in the Midlands, Becky Williams in the West Country, Tom Parmenter in the West Midlands and Nick Martin in the North West – are all on the ground reporting on what is happening when the campaign buses leave town.

Sky’s Political Editor, Faisal Islam, is based in Westminster with Chief Political Correspondent, Jon Craig, doing nightly round ups on the day’s political news for the special nightly 9pm programme ‘The Campaign with Sophy Ridge’.

Political Correspondent, Lewis Goodall, will also be on the road with the #LewisLorry where he will visit 30 key seats across the UK and talk to voters on the ground.

John Ryley, Head of Sky News, said: “Sky News will offer their customers the most comprehensive coverage out there both during the rest of the campaign to the drama of election night Whatever the results, Sky News promises to bring you the latest news first with immediate analysis from Sky News experts and guests with accuracy, flair and a healthy dose of fun.”

May v Corbyn Live: The Battle for Number 10

Sky News will also air a special joint programme with Channel 4 on Monday 29th May 2017.

‘May v Corbyn Live: The Battle for Number 10’ will feature the first party leader interviews of the campaign in front of a live studio audience.

Hosted at Sky’s headquarters in West London, the 90 minute programme will feature an interview and live audience Q&A with both Theresa May and Jeremy Corbyn.

The show will open with an audience Q&A hosted by Sky’s Political Editor, Faisal Islam, before Jeremy Paxman interviews the respective party leader.

The second half of the programme will follow the same format with the other party leader.