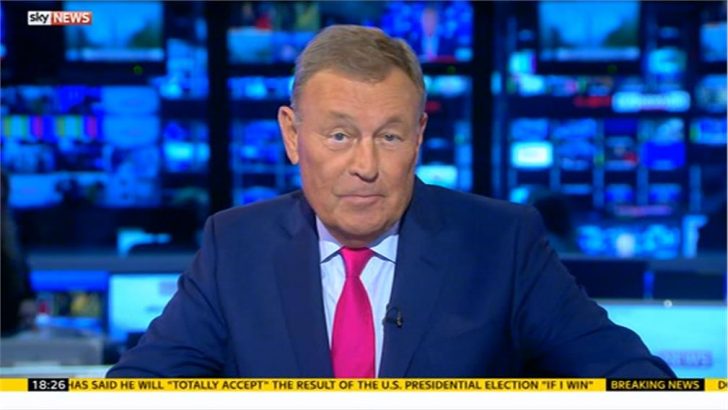 JT will be retiring from news broadcasting at the end of the year after covering his sixth U.S. Election next month.

Head of Sky News, John Ryley, said: “Jeremy Thompson is a master of his craft. His career has been an extraordinary achievement that few journalists have equalled.