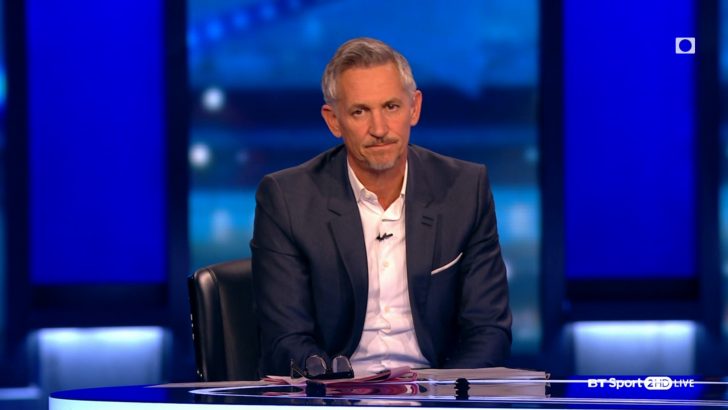 “Porto’s mouth-watering all-English final this weekend will be my final Champions League show for BT Sport,” Gary said in a posting on social media.”

Gary added: “I’ve loved hosting the best club tournament in the world football and I’m genuinely proud of being apart of their truly groundbreaking coverage over the past 6 years.

“I would like to thank BT Sport for the generous renewal offer, but after much though, I have decided to call it a day. I feel it’s time to do things that I’ve always promised myself I’d do such as follow Leicester across Europe with my sons (how many opportunities will we have?).

“A big thank you to everyone at BT Sport, both in front of the camera and behind. You’re one hell of a team. It’s been a joy working with you. Well played.”

Gary will front BT Sport’s coverage of the UEFA Champions League final between Manchester City and Chelsea from 6.00pm on tomorrow.