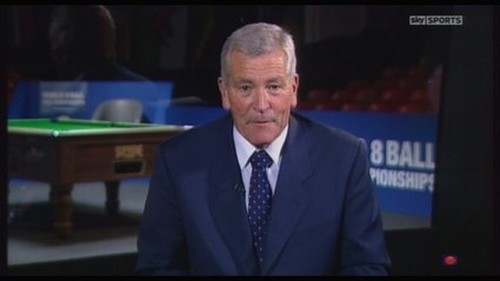 Former Sky Sports presenter David Bobin has died at the age of 71.

He joined Sky in 1993 and became a familiar face to viewers using his versatility and knowledge of sport to work across a wide range of programming, including; rugby union, European golf, Copa America, Goals on Sunday, Sky Soccer Weekend and Sky Sports Centre.

“David had been part of our family for many years presenting our coverage of a wide number of sports. David was a strong on screen presence with a vast sports knowledge.

“He was a lovely man, genuine and kind. Our thoughts are with his wife and family.”

In a journalistic career stretching back to the late 1960’s, David worked on local newspapers and radio in Oxford before starting in television with Southern TV in 1975.

Before joining Sky, David presented sports programmes for the ITV network and ITN.

Fellow Sky Sports colleague, Simon Thomas, tweeted: “Thoughts with the family of David Bobin who has sadly passed away. One of the nicest men in broadcasting. #ripmightyoake”

John-Paul Davies added: “Sad to hear David Bobin has passed away. Will always remember his kindness to me when starting out. Thoughts with his family #ripmightyoak”

Charlie Webster: “Thoughts with David Bobin’s family. He used to talk about them all the time,with a huge smile on his face – and he was so proud of his kids.”