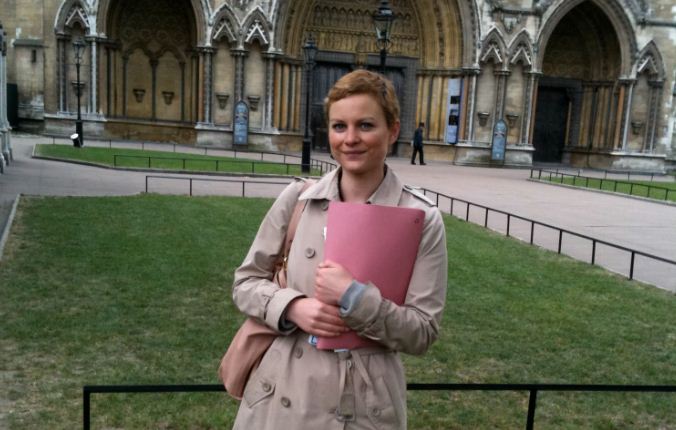 Ellie was diagnosed with secondary breast cancer at the age of 28. The cancer had spread to her lungs, liver and bones and she was given months to live by doctors.

Upon hearing the news of cancer, Ellie set up the blog www.writtenoff.net where she details her life with secondary breast cancer.

“It sounds grim but what I hope to prove in my blog is that doctors aren’t always right and that you can live a relatively normal, dare I say fabulous, life despite having cancer.”

Colleagues of Ellie’s have taken to Twitter this morning to pay tribute to her:

Damon Green: My colleague Ellie Jeffrey died of cancer yesterday. She was going to get married in two weeks. She was a top girl; beautiful and clever.

Richard Suchet: Absolutely gutted 2 hear about the passing of Ellie Jeffrey who worked at Sky News. Her blog was an inspiration to many.

Sally Biddulph: Worst news; colleague, Ellie Jeffrey died of cancer yesterday. She was getting married in 2 weeks. She was beautiful, clever & brave.

Orla Chennaoui: Really upset to hear former colleague Ellie Jeffrey has lost her battle with the big C. Her writing was beautiful, brave and quite brilliant