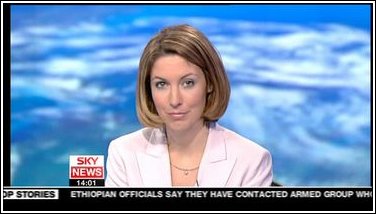 Sky News Business presenter, Emma Crosby, is to join Kate Garraway on the sofa as the new face of GMTV breakfast television.

Crosby, will replace GMTV veteran Fiona Phillips, who announced her departure in September after 15 years.

Emma said: “I am very excited to be joining Britain’s leading breakfast programme and working alongside Kate, who is a great talent.”

Martin Frizell, editor of GMTV, said: “Emma will be joining us in the new year to share front line presenting duties with Kate Garraway.

“Together they will make up the best live presenting team in morning television.”

GMTV also announced the appointment of BBC weather presenter Kirsty McCabe to replace Andrea McLean, who is leaving after 11 years on the programme to take a permanent role on ITV’s Loose Women.

Both Crosby and McCabe will join in the new year.

TV presenter Eamonn Holmes has been awarded an OBE for his services to broadcasting in the 2018 New Year’s Honours list. The 58-year-old co-presented GMTV for twelve years between 1993 and 2005, before presenting Sky News Sunrise for eleven years…