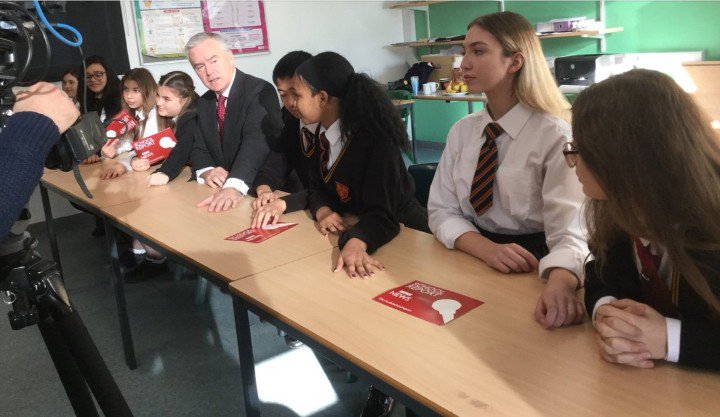 BBC News presenter Huw Edwards’ pose at the start of the BBC’s News At Ten has become legendary.

It’s even inspired a tribute Twitter account, @HuwsAtTen, which dutifully screengrabs the opening of the show every single night.

As part of a school visit to show pupils how to spot false news, Huw also taught them the pose.

Our very own @HuwBBC went back to school to show young people how to spot fake or false info. AND he also showed them how to #DoTheHuw ?????#CGMS17 pic.twitter.com/AXxf2POixC