Dan Roan has been appointed as the BBC’s sports editor 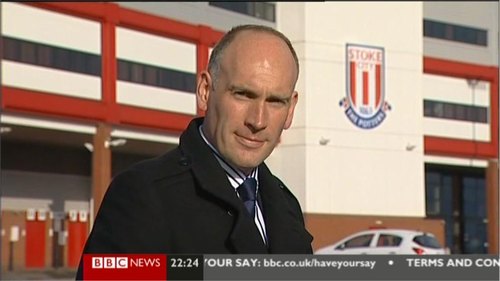 Dan Roan has been appointed sports editor at the BBC.

Dan, 37, has been the BBC’s Chief Sports Correspondent since April 2013 after joining the corporation as a sports correspondent in March 2010.

Previously Dan worked for Sky Sports News as chief news reporter, but he began his career in journalism as a BBC News trainee in 1998.

“Dan has been an outstanding Chief Sports Correspondent, with a proven track record of delivering big interviews and breaking stories across all platforms. He most recently led our sports news coverage at the World Cup and Commonwealth Games with distinction,” said Barbara Slater, Director BBC Sport.

“I know he will bring tremendous drive, ambition and energy to the job of Editor – ensuring that sports stories retain and increase their presence on flagship BBC News programmes, whilst also providing editorial leadership to our sports news teams in Salford.

“Dan already has a significant following on social media and one of his priorities as Editor will be to make even more impact with our sports journalism on the BBC Sport website.”

Dan added: “This is a tremendous privilege and a wonderful opportunity. I look forward to continuing to cover one of the most fascinating and relevant areas of news across all our television, radio and digital platforms – and to working with some extremely talented colleagues across the BBC.”