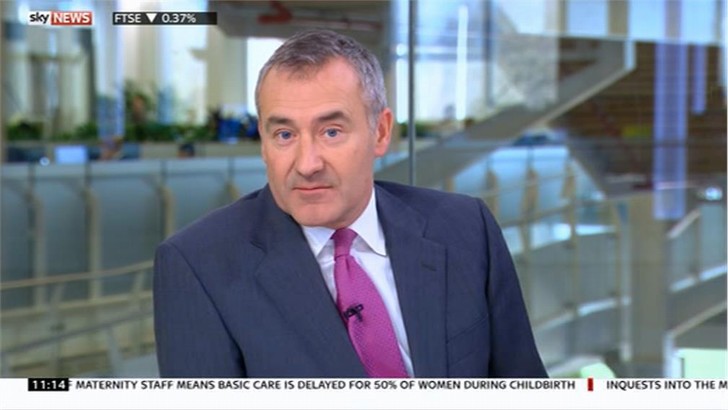 The wife of Sky News presenter Colin Brazier has been told her cancer is terminal.

Jo, who was first diagnosed with third-stage breast cancer more than five years ago, was told the disease has returned with terminal prognosis.

Writing in the Catholic Herald, Colin said telling their six children was a moment to dread.

“Jo handled it as she has everything since her terminal diagnosis, like the still centre of calm surrounded by swirling eddies of emotion.

“She used an analogy borrowed from the BBC comedy Rev. In it the vicar, played by Tom Hollander, is asked about dying by a child. He likens the experience to that of the life cycle of the damselfly. The nymphs see their kind breaking through the surface of the water and disappearing forever.

“They are frightened by this. They are oblivious to the metamorphosis that awaits them when, with delicate wings incapable of re-entering the water, they will see a new world of wonder all around them.”

Jo was formerly Television News Editor for Reuters based in Hong Kong and Singapore, and later the Head of Foreign News at Sky News.

In 2002 she took the decision to become a full-time homemaker to their six children.

I’ve been off work for a while, and this is why.https://t.co/IVxx0xBKgY

In 2009, Colin himself was diagnosed with a form of cancer, non-Hodgkin’s lymphoma, and had a small growth on his face removed, followed by radiotherapy.