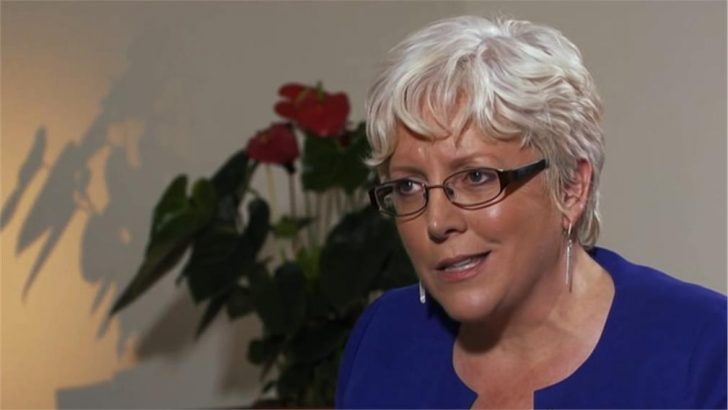 The BBC’s Carrie Gracie has quit her role as China Editor over gender pay.

She accused the BBC of presiding over a “secretive and illegal pay culture”, adding the organisation’s management was “breaking equality law” in how it paid female staff.

The BBC said there was “no systemic discrimination against women”.

Gracie said she would remain with the BBC by returning to her former post in the TV newsroom “where I expect to be paid equally”.

My name is Carrie Gracie and I have been a BBC journalist for three decades. With great regret, I have left my post as China Editor to speak out publicly on a crisis of trust at the BBC.

The BBC belongs to you, the licence fee payer. I believe you have a right to know that it is breaking equality law and resisting pressure for a fair and transparent pay structure.

In thirty years at the BBC, I have never sought to make myself the story and never publicly criticised the organisation I love. I am not asking for more money. I believe I am very well paid already – especially as someone working for a publicly funded organisation. I simply want the BBC to abide by the law and value men and women equally.

On pay, the BBC is not living up to its stated values of trust, honesty and accountability. Salary disclosures the BBC was forced to make six months ago revealed not only unacceptably high pay for top presenters and managers but also an indefensible pay gap between men and women doing equal work. These revelations damaged the trust of BBC staff. For the first time, women saw hard evidence of what they’d long suspected, that they are not being valued equally.

Many have since sought pay equality through internal negotiation but managers still deny there is a problem. This bunker mentality is likely to end in a disastrous legal defeat for the BBC and an exodus of female talent at every level.

Mine is just one story of inequality among many, but I hope it will help you understand why I feel obliged to speak out.

I am a China specialist, fluent in Mandarin and with nearly three decades of reporting the story. Four years ago, the BBC urged me to take the newly created post of China Editor.

I knew the job would demand sacrifices and resilience. I would have to work 5000 miles from my teenage children, and in a heavily censored one-party state I would face surveillance, police harassment and official intimidation.

I accepted the challenges while stressing to my bosses that I must be paid equally with my male peers. Like many other BBC women, I had long suspected that I was routinely paid less, and at this point in my career, I was determined not to let it happen again. Believing that I had secured pay parity with men in equivalent roles, I set off for Beijing.

In the past four years, the BBC has had four international editors – two men and two women. The Equality Act 2010 states that men and women doing equal work must receive equal pay. But last July I learned that in the previous financial year, the two men earned at least 50% more than the two women.

Despite the BBC’s public insistence that my appointment demonstrated its commitment to gender equality, and despite my own insistence that equality was a condition of taking up the post, my managers had yet again judged that women’s work was worth much less than men’s.

My bewilderment turned to dismay when I heard the BBC complain of being forced to make these pay disclosures. Without them, I and many other BBC women would never have learned the truth.

I told my bosses the only acceptable resolution would be for all the international editors to be paid the same amount. The right amount would be for them to decide, and I made clear I wasn’t seeking a pay rise, just equal pay. Instead the BBC offered me a big pay rise which remained far short of equality. It said there were differences between roles which justified the pay gap, but it has refused to explain these differences. Since turning down an unequal pay rise, I have been subjected to a dismayingly incompetent and undermining grievance process which still has no outcome.

Enough is enough. The rise of China is one of the biggest stories of our time and one of the hardest to tell. I cannot do it justice while battling my bosses and a byzantine complaints process. Last week I left my role as China Editor and will now return to my former post in the TV newsroom where I expect to be paid equally.

For BBC women this is not just a matter of one year’s salary or two. Taking into account disadvantageous contracts and pension entitlements, it is a gulf that will last a lifetime. Many of the women affected are not highly paid ‘stars’ but hard-working producers on modest salaries. Often women from ethnic minorities suffer wider pay gaps than the rest.

This is not the gender pay gap that the BBC admits to. It is not men earning more because they do more of the jobs which pay better. It is men earning more in the same jobs or jobs of equal value. It is pay discrimination and it is illegal.

On learning the shocking scale of inequality last July, BBC women began to come together to tackle the culture of secrecy that helps perpetuate it. We shared our pay details and asked male colleagues to do the same.

Meanwhile the BBC conducted various reviews. The outgoing Director of News said last month, “We did a full equal pay audit which showed there is equal pay across the BBC.” But this was not a full audit. It excluded the women with the biggest pay gaps. The BBC has now begun a ‘talent review’ but the women affected have no confidence in it. Up to two hundred BBC women have made pay complaints only to be told repeatedly there is no pay discrimination at the BBC. Can we all be wrong? I no longer trust our management to give an honest answer.

In fact, the only BBC women who can be sure they do not suffer pay discrimination are senior managers whose salaries are published. For example, we have a new, female, Director of News who did not have to fight to earn the same as her male predecessor because his £340 000 salary was published and so was hers. Elsewhere, pay secrecy makes BBC women as vulnerable as they are in many other workplaces.

How to put things right?

The BBC must admit the problem, apologise and set in place an equal, fair and transparent pay structure. To avoid wasting your licence fee on an unwinnable court fight against female staff, the BBC should immediately agree to independent arbitration to settle individual cases.

Patience and good will are running out. In the six months since July’s revelations, the BBC has attempted a botched solution based on divide and rule. It has offered some women pay ‘revisions’ which do not guarantee equality, while locking down other women in a protracted complaints process.

We have felt trapped. Speaking out carries the risk of disciplinary measures or even dismissal; litigation can destroy careers and be financially ruinous. What’s more the BBC often settles cases out of court and demands non-disclosure agreements, a habit unworthy of an organisation committed to truth, and one which does nothing to resolve the systemic problem.

None of this is an indictment of individual managers. I am grateful for their personal support and for their editorial integrity in the face of censorship pressure in China. But for far too long, a secretive and illegal BBC pay culture has inflicted dishonourable choices on those who enforce it. This must change.

Meanwhile we are by no means the only workplace with hidden pay discrimination and the pressure for transparency is only growing. I hope rival news organisations will not use this letter as a stick with which to beat the BBC, but instead reflect on their own equality issues.

It is painful to leave my China post abruptly and to say goodbye to the team in the BBC’s Beijing bureau. But most of them are brilliant young women. I don’t want their generation to have to fight this battle in the future because my generation failed to win it now.

To women of any age in any workplace who are confronting pay discrimination, I wish you the solidarity of a strong sisterhood and the support of male colleagues.

It is a century since women first won the right to vote in Britain. Let us honour that brave generation by making this the year we win equal pay.

Gracie bidded farewell to the News Channel in January 2014 after 13 years as one of its main presenters.

She moved on to the newly-created post as the corporation’s first China Editor in spring 2014.