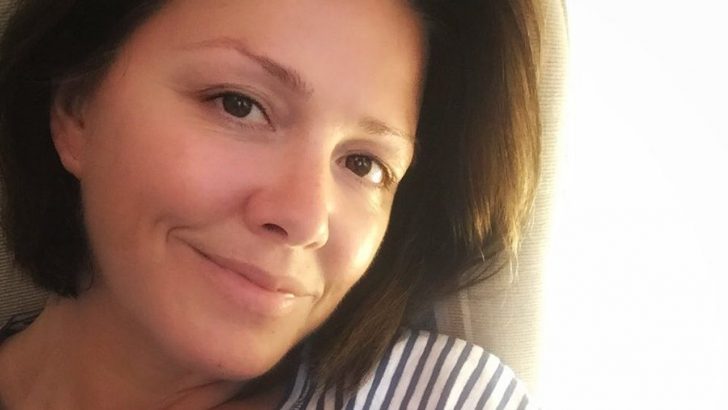 Hannah and Lewis Vaughan Jones have announced they are expecting a baby.

“I haven’t posted anything personal in a long time, so here goes.

“Firstly, I’m conscious that this will be agonising for some of you who have followed our fertility story and are still enduring your own. It’s a sensitive post, #ttc folks know what follows…. I’m pregnant.

“@lvaughanjones & I were (and still are) fully signed up for donor conception. We had the clinic booked, consultation done and were just one click away from booking flights.
We had two embryos still in the freezer from a cycle in November. Both had returned an “inconclusive” result from PGS. Given that everything else we’d produced had been genetically abnormal we assumed these low grade embryos would be too. Still, knowing we had to walk away from this long process having given it absolutely everything, we decided to transfer both of them in early April.

“After years of injections, this was a natural frozen cycle. No stims, no estrogen patches, no clexane or lubion. No steroids or fat drips. No fuss. Just the old cyclogest after transfer. I took a very relaxed approach and barely even kept up with my folic acid supplements, convinced as I was that this would be our final failure.I worked a lot. I worked out a lot too. On my official test day I saw the “Pregnant 2-3 weeks” on the stick and dismissed it, carried on brushing my teeth, then sauntered off to Crossfit for an hour of burpees and kettle-bell swings. (I’m not advocating this approach btw).

“We both took the view in the early weeks that we should prepare to miscarry as success seemed so unlikely. Only weeks later did Lew say that we can cry about it later if it goes wrong, but let’s not waste time crying about it now. He had a point. Not an infuriating brainiac for nothing. We’ve had a lot of scans – some early ones thanks to the kindness and care of Erik Hauzman and Geoff Trew @bostonplacetfp, others due to the wonder that is the #NHS

Hannah is a presenter on CNN and covered some of the biggest breaking news stories during six years at Sky News, including the Japanese tsunami, the Arab Spring of 2011, and the hunt for missing April Jones.

Lewis is a former ITV News reporter, who currently works as a presenter on BBC World and BBC News Channel.

Hannah and Lewis’ colleagues have congratulated the pair on Twitter:

Sky News Sunrise presenter Niall Paterson said: “Bloody brilliant news. Abso-profanity-lutely brilliant,” while Sally Biddulph added: “That is the BEST news I have heard in ages. I am delighted for you both. Enjoy growing your precious bump. Many many congratulations xxxx”

Sarah Hewson tweeted: “So happy for you guys. Wishing you so much luck and lots of love x”

CNN today announced a series of programme and correspondent changes. from April, Jake Tapper’s program The Lead with Jake Tapper will expand to 4-6 pm. ET nightly. In addition, he will continue in his role on Sunday mornings, now co-anchoring…