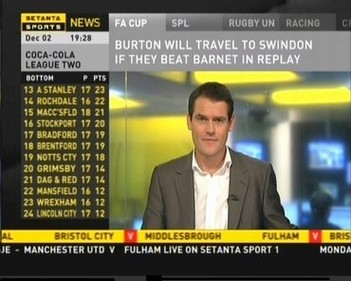 Murray Dron (born 23 January 1975) is a British journalist and television presenter working for ITN on London Tonight and ITV News.

Dron was born in Perth, Scotland, but grew up in Jersey from a young age. He was educated at Elizabeth College, Guernsey and graduated from Edge Hill University with a degree in Media.

From 2007 Dron was a freelance sports reporter for ITV News, covering a wide range of events, including Formula One, Premier League football, the cricket and rugby World Cups and the Tour de France.

He was a launch presenter on Setanta Sports News, co-hosting Lunchtime Live alongside Charlotte Jackson until the channel ceased broadcasting in June 2009.

Dron plays volleyball for Jersey and has competed at the Island Games three times. 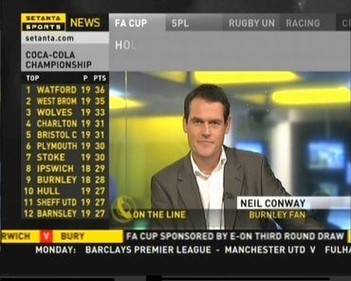