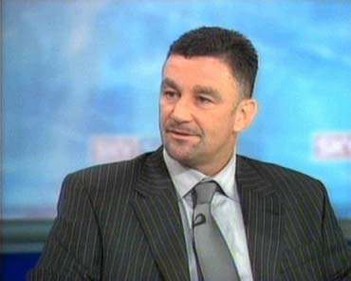 Aldridge took a long time to reach the top of the game, plying his early trade in non-league football on Merseyside before getting his break in the professional game with Newport County.

He then joined Oxford United in 1984 when the club were in the pre-1992 Third Division. He broke the club’s record of goals in a season in 84/85 as the U’s got promoted to the pre-1992 First Division. He also played in and won the League Cup in 1986, with Oxford, beating QPR at Wembley. This is Oxford’s only ever major trophy.

Aldridge had already been recruited to play for the Republic of Ireland by the time he was approached by his boyhood club Liverpool at the start of 1987. When the Irish team came looking for him they found out that Ray Houghton was also eligible, as he also played for Oxford at the time.

Liverpool were losing their chief striker Ian Rush to Juventus at the end of the season and needed a proven and experienced replacement. Aldridge even bore a physical resemblance to Rush. He signed for Liverpool and cut his teeth with the club as a partner and replacement for Rush as Liverpool ended the year trophyless, including a Wembley defeat to Arsenal in the League Cup final, for which Aldridge was ineligible.

If people wondered whether Aldridge was up to the job of replacing Rush and could cope with the pressure, they soon didn’t need to. After Rush left, Aldridge scored 26 goals in what turned out to be a magnificent season for Liverpool, including a strike in each of the first nine games. Liverpool lost just twice in the League championship season and went unbeaten for the first 29 matches. The 1988 title was won with some comfort.

Aldridge scored both goals in the club’s FA Cup semi final against Nottingham Forest, including a memorable volley from an outstanding team move. He also was an efficient penalty taker, but a predictable one too, which led to his season and that of Liverpool ending in heartbreak.

Wimbledon goalkeeper Dave Beasant had anticipated that Aldridge would strike any penalty given in the FA Cup final to his left as Aldridge had gone that way with every one of his kicks that season, never failing to score. With Wimbledon 1-0 up at Wembley, midway through the second half, Liverpool were duly awarded a spot kick when Aldridge himself was fouled.

Aldridge did, as predicted, place the penalty to Beasant’s left and the keeper sprang across to save it. He became the first keeper to save a penalty in the FA Cup final and, conversely, Aldridge was the first player to miss one. It was also the first penalty he ever missed for Liverpool. He was substituted shortly afterwards and Liverpool lost 1-0.

That summer, Aldridge played for the Ireland side which had qualified, under Jack Charlton, for Euro 88 in West Germany, their first ever major finals. Ireland duly beat England 1-0 and drew 1-1 with the USSR but still went out of the competition after a defeat by eventual champions Holland.

Aldridge was struggling at international level at this time – he was playing well as a team performer, and Charlton was never unhappy, but it took him more than 20 matches to score his first international goal.

The following season was tough and eventful for Aldridge. Rush had failed to settle in Italy (“it’s like being in a foreign country” was one memorable quote from the Welsh striker during his time at Juventus) and Liverpool had negotiated a cut-price deal to bring him back to Anfield.

This led to natural speculation that Aldridge would be surplus to requirements, but manager Kenny Dalglish disproved this by regularly playing the two together (despite reservations that the two were stylistically too similar to be strike partners) and indeed, it was Aldridge who enjoyed the better form during the season, with Rush struggling to re-acquaint himself in his familiar surroundings.

In the Charity Shield match against Wimbledon at Wembley, Aldridge started the match and mildly laid his FA Cup ghosts to rest by scoring both goals in a 2-1 win.

Aldridge maintained his hot scoring streak while Rush often had to content himself with a place on the bench. Then 96 fans were killed at Hillsborough and Aldridge, as a native Liverpudlian and boyhood supporter of the club, was deeply affected by the tragedy. He attended every funeral he could and publicly contemplated giving up the game.

Ultimately, he returned to the fray and scored two goals in the re-arranged semifinal (once again versus Nottingham Forest) at Old Trafford as Liverpool won 3-1. He courted controversy with the third goal which was an own goal by Forest defender Brian Laws. Aldridge was criticised for ruffling the distraught player’s hair and laughing in celebration.

Aldridge fully redeemed himself for his penalty failure a year earlier by scoring in the final at Wembley against Merseyside rivals Everton with his first touch of the ball. Ironically, it was Rush who ultimately sealed the win when he replaced Aldridge and scored twice in extra time to earn Liverpool a 3-2 victory.

The “double” of League championship and FA Cup, achieved by Liverpool in 1986 but denied to them by Wimbledon in 1988, was again possible, with a decider against Arsenal to come at Anfield. Aldridge played in a game which would guarantee Liverpool the title as long as Arsenal didn’t win by two clear goals but, 1-0 down in injury time, Liverpool conceded another goal to Michael Thomas and lost the League. Aldridge sank prostrate on to the turf, inconsolable, when the final whistle sounded, and reacted angrily when Arsenal defender and Irish teammate David O’Leary helped him to his feet.

The following season Rush was fully settled back into the Anfield groove and Liverpool accepted an offer from Spanish side Real Sociedad for Aldridge. Before he left, he was given a special run-out as a substitute during the club’s record-shattering 9-0 win over Crystal Palace in order to score a penalty in front of the Kop. He threw his shirt and boots into the crowd at the end and signed for the Spaniards the next day. Aldridge became the first non-Basque player ever signed by Sociedad.

Aldridge was a success with Sociedad and also played a crucial role in Ireland’s path to the quarterfinals of the 1990 World Cup in Italy. Though he had finally opened his goal account for his country, he didn’t score at the World Cup and Ireland lost to the host nation in the last eight.

A return to Merseyside in 1991 with Tranmere Rovers was Aldridge’s next step, and he scored a club record 40 goals in his first season there. He maintained his international place as Ireland qualified for the 1994 World Cup in the USA and became involved in one of the country’s most notorious spats.

With Ireland trailing 2-0 to Mexico in a group game in New York, Charlton tried to send Aldridge on as a substitute but was delayed by an official’s sluggishness. Manager and player both launched expletive-laden tirades which were clearly heard by television viewers. Both were punished after the game, but when Aldridge finally was allowed on, he scored a goal to give Ireland a chance to get back into the game. However, they stil lost 2-1.

In 1996, Aldridge became player-manager of Tranmere, finally giving up playing and concentrating on the management side two years later. In 882 career appearances, he scored a record 474 goals, a tally not matched by any goalscorer in post-war English football to this day.

Though Tranmere were involved in some memorable runs and giant-killing acts in cup competitions, including the 2000 League Cup final (which they lost to Leicester City), they were eventually relegated into English football’s third tier in 2001, where they remain. Aldridge res
igned.

He is now a respected and jocular pundit with various media organisations, both on Merseyside and on a national level, and continues to play in the Liverpool veterans’ team. 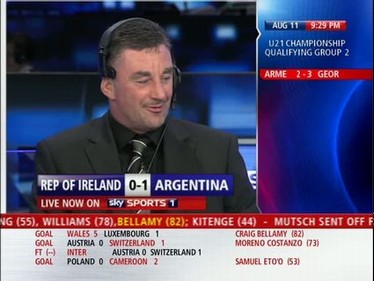 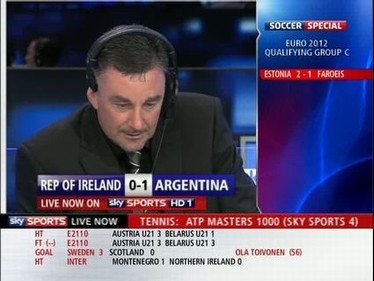 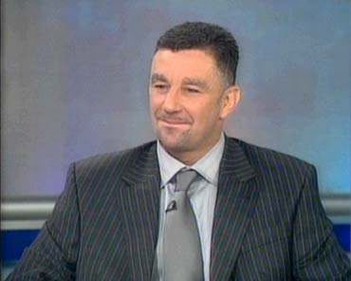 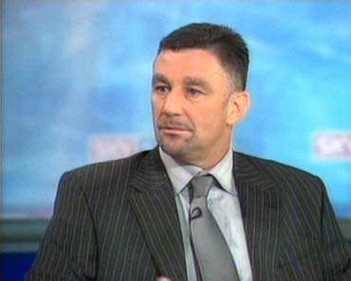