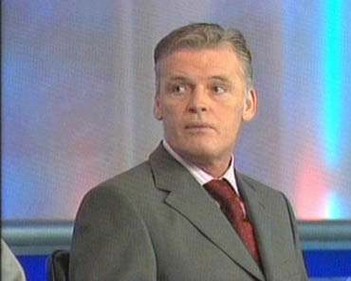 Born June 26, 1952 in Ayrshire, Scotland, Gordon McQueen was a tough and gangly central defender who won numerous honours in football with Leeds United and Manchester United.

McQueen was a goalkeeper as a schoolboy but then switched to his defensive position which caught the attention of St. Mirren who signed him as an 18 year old.

Settling into first team football came easily and naturally to McQueen, who soon had scouts monitoring his progress, and it was Leeds who finally took the plunge as they sought a long-term replacement for the ageing Jack Charlton. They offered St. Mirren 30,000 pounds for McQueen and the defender was soon heading south.

Charlton played for some of the 1973 season but had decided to quit as it drew to a close. McQueen was given six first team appearances in his first season but missed out on the FA Cup final, with manager Don Revie preferring the experience of utility player Paul Madeley for the Wembley match against Sunderland, which Leeds lost 1-0. It was never in doubt that McQueen would not appear, and he also was not selected for the European Cup Winners Cup final against AC Milan a few days later, which Leeds lost by the same scoreline.

However, with Charlton gone and Madeley doing his usual revolving shirt routine as the team’s player-of-all-positions, McQueen was in the team for most of the 1974 season, which turned out to be the most impressive under Revie, and also the last. Leeds went 29 games without defeat at the start of the season, sealing up the League championship issue quickly with McQueen playing a crucial part as Norman Hunter’s new partner. At the end of the season, McQueen was called up to the Scotland squad for his debut against Belgium.

McQueen and Hunter excelled at the back the following season, notably in Leeds’ campaign in the European Cup, during which McQueen scored three goals. They reached the final – for which McQueen was suspended after being sent off in the semi-final against Barcelona – but lost 2-0 to Bayern Munich. With Revie gone and the mentors around him starting to leave or retire, McQueen found himself growing up in the game quickly, labelled as one of the bright prospects for Leeds’ post-Revie future. It never happened. Leeds declined into mediocrity as a team while McQueen’s standing as a player increased.

A first goal for Scotland had come for McQueen against Romania in 1975. His second came in 1977 against Northern Ireland during the annual Home International tournament involving the four United Kingdom nations. Three days later, he scored his most famous goal for his country.

It came against England at Wembley with a passionate, loud and mildly inebriated Scotland following loyally cheering their team on. McQueen rose above the England defence to head home a corner in the first half; a second goal from Kenny Dalglish sealed a 2-1 win. Such was the joy of the Scots, not to mention their lack of respect for their opponents, that they invaded the pitch on the final whistle, ripped up the turf and broke one of the crossbars. The remainder of McQueen’s international career was worthy but uneventful – he was in the 1978 World Cup squad in Argentina but never kicked a ball, and played his last match in 1981, attaining 30 caps and scoring five goals.

Also in 1978, McQueen moved from Leeds to the club’s sworn enemies Manchester United in a 495,000 pounds move which shocked Leeds fans, especially as striker Joe Jordan had gone exactly the same way a month earlier. Leeds fans saw it as lack of ambition unbefitting of a club which had challenged for every honour in the game – and won some of them – over the previous decade, and certainly McQueen was not forgiven for the move.

That said, McQueen settled in quickly at Old Trafford and reached the FA Cup final in 1979, scoring a late goal as Manchester United came back from 2-0 down against Arsenal to level up, only for their opponents to wrestle the Cup back with a last-minute winner. McQueen stayed in the team for the first half of the 1980s, finally winning the FA Cup in 1983 after a replay against Brighton & Hove Albion. He also was in the team which lost the League Cup final to Liverpool in the same season.

McQueen stayed at Manchester United until 1985, leaving after the arrival of Paul McGrath who took his place in the centre of defence. His careers at Elland Road and Old Trafford were almost identical – 171 appearances and 19 goals for Leeds; 184 appearances and 20 goals for Manchester United. He decided not to continue playing after leaving Old Trafford and retired aged 33.

He coached abroad and then briefly managed Airdrieonians. When McQueen’s friend and former team-mate Bryan Robson became manager of Middlesbrough, McQueen joined him as reserve team coach. He left the club when Robson did, and has since become an articulate pundit for Sky Sports. 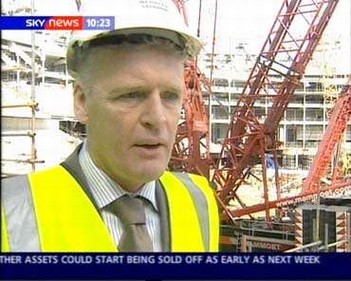 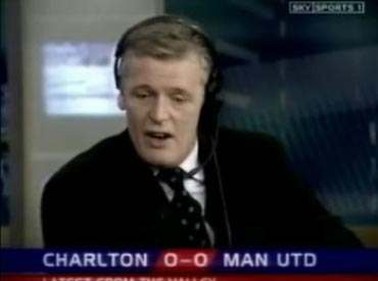 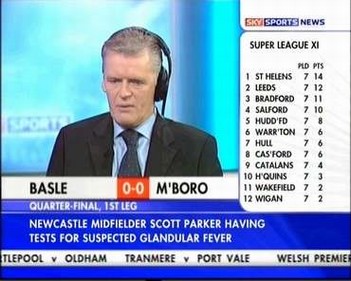 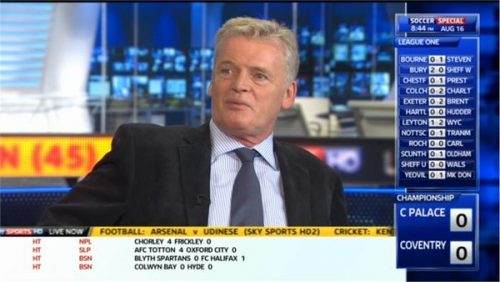 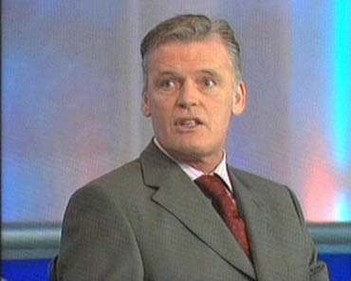 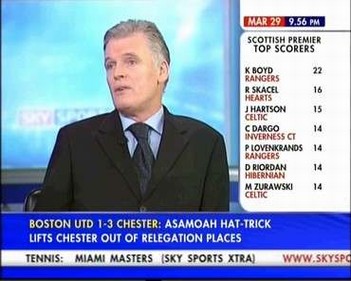