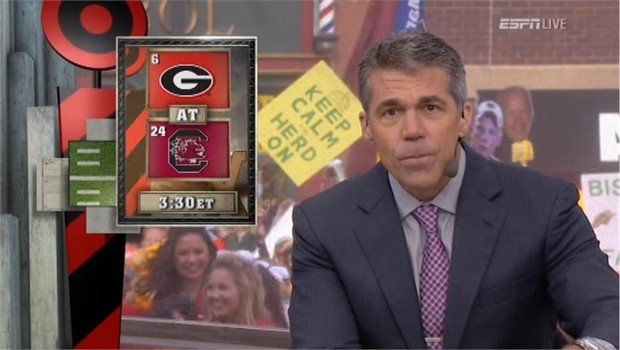 Chris Fowler – born 23 August 1962 – is a sports presenter for ESPN known best for his work on College GameDay for college football.

Since 1989, Fowler has been the primary studio host for college football.

In 2014 he replaced Brent Musburger as the play-by-play announcer for the Saturday Night Football series on ABC. 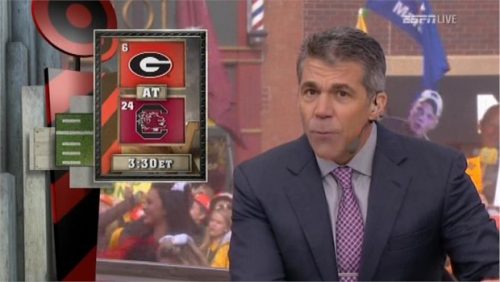 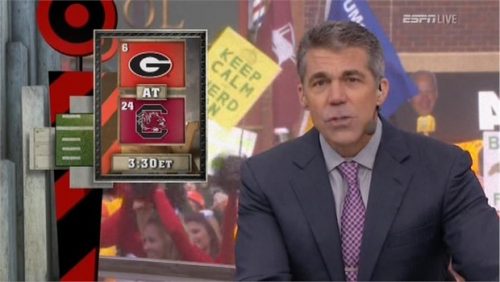 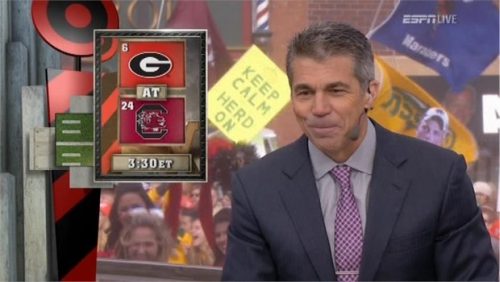 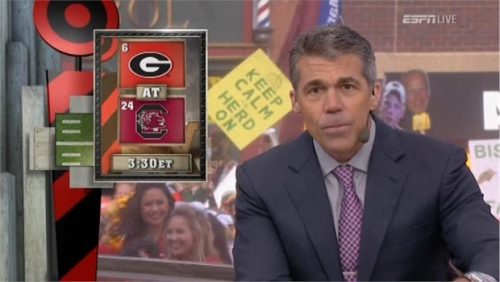 Anthony David Gonzalez – born February 27, 1976 – is a former professional American football tight end and sports analyst who played in the National Football League for 17 seasons, primarily with the Kansas City Chiefs. Regarded as one of… Read more

Terry Paxton Bradshaw – born September 2, 1948 – is an American former professional football player who was a quarterback for the Pittsburgh Steelers in the National Football League (NFL). Since 1994, he has been a television sports analyst and… Read more

Sara Elizabeth Walsh – born April 12, 1978 – is an American sportscaster who worked for ESPN from 2010–2017. Walsh came to ESPN from WUSA in Washington, D.C., where she served as the station’s weekend sports anchor and Redskins beat… Read more