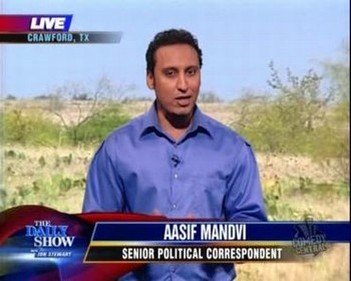 Aasif Mandvi was a correspondent for The Daily Show.

He began appearing as an occasional correspondent on The Daily Show on August 9, 2006. On March 12, 2007, he was promoted to a regular correspondent.

He was the doctor who diagnosed Paul Vitti’s (Robert de Niro) panic attacks in Analyze This, and had a memorable role as Mr. Aziz of “Joe’s Pizza” in Spider-Man 2. He played the doorman Khan in Music and Lyrics.

He has been in numerous television shows; ER, The Sopranos, Sex and the City, CSI, Oz, The Bedford Diaries, Jericho, Sleeper Cell and various editions of Law & Order, including Criminal Intent and Trial by Jury. 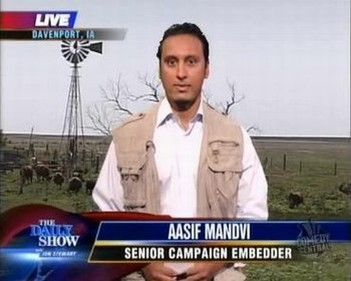 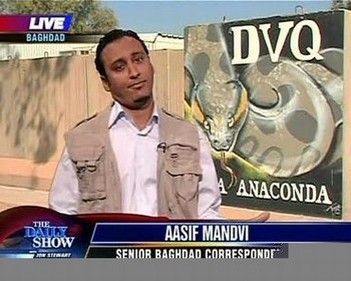 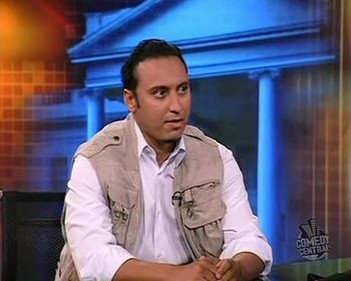 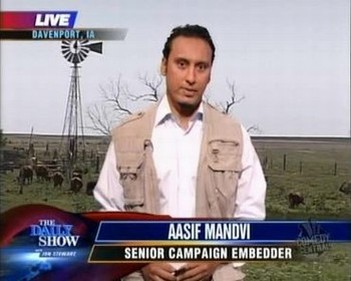